“Do what you can, with what you have, where you are.”
– Theodore Roosevelt

British ruled India and several other nations in the Asian region. 31 August is celebrated every year as Malaysia's National Day. A day when Malaysia got independence from the reigning British rule in 1957.

1995: Beant Singh, Chief Minister of Punjab assassinated in a bomb blast. He is remembered for playing a very important role in quelling militancy in Punjab.


It all began scarcely more than a year ago, with a single cardboard sign in front of the Swedish parliament house. All by herself, apparently shy, a 15-year-old girl with long braids braved her government with a call to action that would spark a movement: “School Strike for Climate.” In the year that arose, the little girl has grown into a global icon and role model for an entire generation, inspiring millions to take to the streets to protest for more sustainable environmental strategies.

Greta Thunberg, you must have heard her name!

Keep reading to discover more about his life.

Read More
Greta Tintin Eleonora Ernman Thunberg born 3 January 2003 is a Swedish environmental activist, who has gained a global appreciation towards supporting the view that humankind stands facing an existential crisis resulting from climate change. Thunberg is known for her youth and her candid speaking manner, both in public and in front of political leaders and assemblies, in which she scrutinizes world leaders for their failure to take sufficient action to address the climate crisis. She is a Swedish teenager who skipped school and motivated a worldwide movement to fight climate change.

Over a very short span of time, she has become a leading voice, inspiring millions to enter rallies around the world. Her father Svante Thunberg, is a descendant of Svante Arrhenius, a scientist who came up with a model of the greenhouse effect. He was awarded the Nobel Prize for Chemistry in 1903.

Her unforeseen rise to world recognition has made her both a leader and a target for critics. Her impact on the world stage has been described by numerous newspapers as the "Greta effect". She has earned various honors and awards including "Time magazine's 100 most influential people" and the youngest Time Person of the Year; addition in the Forbes list of The World's 100 Most Powerful Women and two back-to-back proposals for the Nobel Peace Prize.

Thunberg has motivated plenty of her school-aged peers as a result of "The Greta effect". In acknowledgment of her artless stand, various politicians have also accepted the need to concentrate on climate change. Thunberg has initiated the anti-flying movement, developing train travel over flying on environmental territories. The buzzword associated with this movement 'flight shame'. It is a phenomenon in which people feel social influence not to fly because of the increasing greenhouse gas emissions concerning the airline industry. 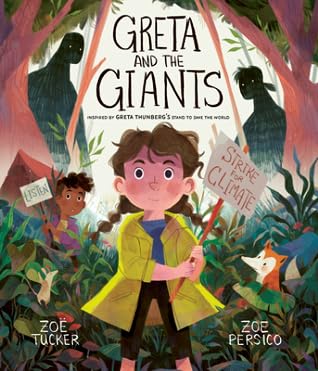 Greta Thunberg has been portrayed in popular culture and art too. Greta and the Giants, a book by Zoë Tucker and Zoe Persico, issued by Frances Lincoln Children's Books was inspired by the life of Thunberg. American painter Elizabeth Peyton chose her 2019 portraiture, Greta Thunberg, as the leading image of one of her shows.

PIN IT! Did you know?
The Bandra-Worli sea link required steel the length of which almost equals the earth’s circumference. It also obligated nearly 2,57,00,000 man-hours. Its weight equals that of 50,000 elephants. It is a testament to the ingenuity of Indian engineering and architectural advancements.
NOW GET SMARTER WHILE YOU SCROLL.
Powered by

August 31, 2020
Page 2
Be Better, 5 Mins
BHOOT OR STAGE FRIGHT?
It possibly starts at the age of 3 when our parents tell us about the existence of something that we instantly fear, “ Bhoot ”. Perhaps it’ s the idea of someone being more powerful and stronger than us that is extremely overwhelming. But as we grow this fear expands and takes a lot many shapes than just an ugly looking monster and that’ s where things get out of hand because these fears are not tangible they are deeply rooted incidences that were once left unresolved.

‘Fear’ may have different definitions for all of us but usually end up having similar impacts in the form of blanking out, freezing on stage, distress, sadness and panic.

Read More
As much as one may think that avoidance is the best option, it never really works in the long run because our emotions just tend to stay on the surface and we are more prone to mental breakdowns which can be extremely exhausting. Some common fears we face during young adolescence are anxiety in the form of being on stage or while writing an exam, peer pressure, parental miscommunication etc. These issues can be extremely hampering in the later stages of our lives, which is why dealing with them is extremely important. You can start by taking small steps at home such as deep breathing, counting your blessings, exploring the hobbies that make you feel calm. Enroll yourself in mental health workshops that give you the right amount of exposure to deal and heal from your issues.

Zariyaaa is one such organization that conducts mental fitness workshops. These workshops not only include exposure to fears through various interactive activities but also facilitate in development of constructive coping mechanisms and nurturing communication skills among children so that they can voice their feelings without feeling inhibited. With a different topic every week the sessions include brainstorming one's strengths and weaknesses and how to mould their shortcomings into something fruitful. It works on the holistic development of an individual by working on different facets of their personality through simple and interactive activities that help in tangify-ing whatever one is feeling on a piece of paper or through movements therefore creating the perfect space to vent out their thoughts and emotions. Any kind of exposure with the right kind of intensity always leads to gaining insight which isn't extremely overwhelming for the child since it's through the medium of fun activities, mental health workshops are the perfect medium for it since it doesn't have any age barriers involved either.


By- Zariyaaa
Zariyaaa believes in shattering stigmas all over and also advocates for teacher and parent well-being programs. So let's take a step to deal and heal with zariyaaa and we promise you it'll be worth the ride !
Find them Here! https://www.zariyaaa.com/
Read less

The pandemic caused by the spread of coronavirus, has created a lot of buzz. It is mostly because none of us have ever faced a situation like this before. The virus spreads really fast and is a deadly flu, and there is no vaccine present to eliminate it from the face of the earth. However, we must know that this is not the first time we human beings have had a fight with a new disease which has no cure. Here is a list of five diseases that once had no cure, but modern science has defeated them eventually. Keep reading to find out what they are.

Yellow Fever
It is another deadly disease caused by mosquitoes. Yellow fever has got its name from the yellowing of skin and eyes due to the infection. This disease does not have any medicine yet, but through vaccines, yellow fever has been swiped away from most parts of the world.

Smallpox
This disease has been one of the most brutal killers of the human population. The smallpox virus would affect the infected person’s skin and cause blisters all over the body. The vaccine for this fatal disease was found in 1796. Ever Since it has been eradicated from the planet.

Malaria
It is another disease on our list today that is caused by mosquitoes. It causes an infection in the liver and the red blood cells, and can be fatal too. There are a lot of medicines and treatments available now, for the cure of malaria. With that the prevention of the disease is caused by the use of mosquito repellent products.

Tetanus
It is believed to be caused by the entering of rust in our body. But the reality is, it is caused by the bacteria dwelling in the rust. When the bacteria enters our body, it creates muscular spasms in the jaw (lockjaw) and can cause death. With vaccine this disease is also cured by Modern Medical science.

Polio
It was the most dreadful of all childhood diseases. The battle against Polio has been one long battle for the Mankind. Now, the disease is eliminated in all the developed countries. It is even eliminated from India. Only in some underdeveloped countries a hairline number of people get affected by this disease now. That day is not far, when we shall all live in a completely Polo-free world.

We know it is scary to think about the coronavirus, but on the brighter side, modern science and technology has defeated many similar challenges in the past. Stay safe, keep clean and keep washing your hands with soap at home, and that way we will all overcome this pandemic together.

Credits: Lovely Sarkar
Reach me at: papris705@theschoolsocial.com with your questions, opinions or feedback.
Read less

Spend the day cooking Mac ‘n’ Cheese for your family!


Do you think we need to be more mindful about our privacy online?

Meaning: Large lettering, either capital or uncial, in which all the letters are the same height.

PIN IT! Did you know?
Every minute, almost 24 hours worth of YouTube videos are uploaded on the website. YouTube, nowadays, has become a fantastic source of alternative income for content creators around the world.
ALL YOU NEED TO KNOW, WHEREVER YOU ARE.
Powered by

NEET-JEE 2020: Rahul Gandhi says aspirants wanted 'Pariksha Pe Charcha'
The Prime Minister said that toys are "very important for the development of children" and that India should become a global leader in its manufacturing, at his monthly radio show Mann Ki Baat.

Dutch Painting Stolen for Third Time.
A painting by the famous Dutch painter Franz Hals was stolen – for the third time. The work, called “Two Laughing Boys”, valued at about $18 million. The painting was first stolen in 1988 and recovered after about three years. In 2011, it was stolen again, but found in about six months.


Japan, being located on the Pacific Ring of Fire, the world’s most active earthquake belt, sees more than 1500 earthquakes in a year. Most of the said earthquakes are “gentle”, but some scale above 8 on the Richter Scale.
NOW GET SMARTER WHILE YOU SCROLL.
Powered by

About the Author:
By: Dr.Sulekha Kumari MBBS,MS(OBGY)
Working as a senior resident at Lady Hardinge Medical College &SSKH. I enjoy writing and being a spontaneous poet. I write poems in hindi , english, Shayari, and Stories.

Here is twenty first century
Life is rat race & everyone, in hurry
No moral, no love, no respect
It’s only I, Me & Myself
Gender equality, rape; still a debate
Jealousy with knife on the back & smile on the face
Religion, caste decide the poll & not thought
No opposition, praise only they sought

Single failure or trigger, they commit suicide
Homicide, molestation, violence is increasing high
No one can raise voice against
Democracy is at risk, but don’t mess
Relationship, commitment at its worst
Immorality at its best & let the morality rest
Child trafficking and their abuse, a luxury
People are seeing & eating their curry
I am the king & I am the dictator
Money wins everywhere, merit a mere spectator
Intolerance is on the rise
Either voice it or become wise
So, let moral education, a key part in curriculum
May patience, perseverance, joy come in their life & their capitulum.