“Any fool can know. The point is to understand.”
― Albert Einstein

“You are what you believe in. You become that which you believe you can become”
― Bhagavad Gita 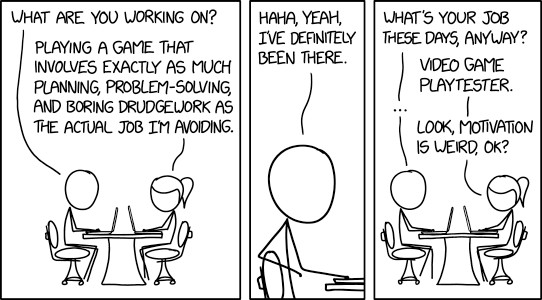 This Day for You - August 4

Every year on 4 August U.S. Coast Guard Day is observed to honour the establishment of the Revenue Marine on 4 August in 1790 by the Secretary of the Treasury Alexander Hamilton.

1935: Government of India Act got the Royal assent.

The Guy Who Changed the Face of Internet

Success comes from ‘the freedom to fail,’ so billionaires like me should pay you to do that.
- Mark Zuckerberg

You know, when I was a kid, I always dreamed of becoming a millionaire. I mean, who wouldn’t? The fame, the wealth, the exquisite houses, and the extravagant collection of luxury cars. I always thought that that was what success really meant. Then, I grew up and realized how wrong I was. Most millionaires, or in this case, billionaires, do not chase the wealth but rather their passion. The money is just a part of the package. Let’s try and understand this through the story of Mark Zuckerberg...you know...one of the guys who founded Facebook.

Zuckerberg was a genius programmer as a child. Whilst he was still in high school, he started learning Atari BASIC, a programming language, with the help of his father, a dentist. However, he learned so quickly that his father had to hire a professional developer to teach him. While he was still in high school, he took and completed a graduate course in computer science. He also developed quite a few computer games using his own creativity and created a program with which he could communicate from his computer at home with a computer at his father’s dental practice. While at Harvard, he was widely known as a programming prodigy and developed quite a number of successful and quite popular programs. One of them was FaceMash, a form of a hot-or-not game which mashed together pictures of two women and asked people to compare their attractiveness. FaceMash was a big hit, so much so that it caused the Harvard servers to crash, forcing them to shut it down. However, this gave him the idea for a new social networking website, one where you could put up your bio and a picture and connect with other people by looking at their bios and their pictures.

Fast forward till 2006, and Facebook, which saw its inception as thefacebook, was one of the most popular websites on the internet. By 2007, over 100,000 companies had created business webpages and by 2011, it became the largest digital online photo host with over 350 million people accessing the website from across the globe. However, after Facebook made its initial public offering (IPO) in May 2012, offering 421 million of its shares to public investors at a price of $38, its shares plummeted by up to 50%, reaching $19 by October 2012. This infuriated the same investors who had invested almost $16 billion USD into Facebook and were on the verge of losing up to 50% of their money. Zuckerberg faced tremendous backlash and found himself on the wrong end of multiple lawsuits.

Following this debacle, he began receiving offers for Facebook in excess of $1 billion USD. But, even during those tough times, the idea of selling Facebook never even crossed his mind because it was not just some website that he had developed just for fun and happened to blow up and gain tremendous success. It was the fruition of his passion, his hard work, his own successes, and his own failures. The money that came along with it was secondary.

The key takeaway from his story is that we should never chase money. Why? Because, it is, for the most part, ephemeral (lasting for a very short time). Instead, we should introspect and find out what we’re passionate about and strive to turn that passion into success. And our failures, those are the lessons that we should really learn from because, without them, we’ll never succeed.

PIN IT! Did you know?
The full name of Anne Frank was, Annelies Marie Frank. She was captured by the Nazi soldiers and lost her life at the age f 15.
NOW GET SMARTER WHILE YOU SCROLL.
Powered by

August 4, 2020
Page 2
Be Better, 4 Mins
How did people protect themselves during the Spanish Flu?
Ah! It feels so good to be back after two-long weeks. I have missed writing articles for you all. Due to some unavoidable circumstances, I had to refrain from writing for this magazine. And I had to spend a lot of hours outdoors, wearing masks, gloves and socks in the scorching heat of this weather. It was unbearable, when it occurred to me, how had the people dealt with the Spanish Flu about a century ago? Well, read on to find out…

The Spanish Flu (1918-1919) is considered to be the deadliest influenza pandemic in the history of civilization. It infected around 500 million people all over the world, which was one-third of the entire population. This Flu killed around 50 million people all over the globe. Even today, a huge population dies due to the break out of seasonal flu.

However, a century ago, people devised innovative ways to contain the infection. One of the most effective measures was the use of camphor. People used Camphor to such an extent, that they had started wearing bags of Camphor around their necks.

Other interesting precautions included gargling saltwater. It was believed that the saltwater killed any kind of germs and viruses expanding in the throat. Apart from that, people also started wearing masks and eating a lot of oranges.

There was this one particularly interesting law that stated, one of the two parents would warn the other to not kiss their baby. This way, the spread of the Spanish Flu was effectively prevented.

Do you think the periodical lockdowns are an effective measure to prevent the spread of Covid-19?

Write to me at papris705@theschoolsocial.in
Read less

Curiosity, 4 Mins
How often can we contract the same disease again?

With the COVID-19 pandemic making its grip tighter in India, so many people seem to have this question, and understandably so. Can one contract COVID-19 after recovering completely from it? If so, what is the minimum time lag between two such infections? Well, to understand this, we first need to look briefly at how our immune system works.


Now, the purpose of the primary immune response is to fight off a pathogen that has never infected one’s body before. Once it has, our immune system seems to remember the molecular fingerprint of that pathogen so that the next time it infects the body, a highly amplified immune response is mounted which is called the secondary immune response. This property of having a memory of a previous pathogenic infection lays the groundwork for modern day vaccination and is the reason why we generally do not contract an infectious disease soon after we have recovered from it.

Now, coming to whether we can contract COVID-19 again after one has recovered, scientists say it is too early to tell. Much is yet to be understood about the disease although some scientists say that it is definitely a possibility.

The Case of the Missing Mood

Yesterday, we learnt how we made a mood-meter. Now let’s make them!

Intro: The Moodsters are a team of five loveable, little detectives who come to the rescue whenever there’s a feelings emergency. Help Quigly show how he is feeling on the inside by drawing the face that expresses that emotion.

Help kids learn non-verbal cues such as facial expressions that show others how we are feeling.

Using the handout provided, draw a Quigly face for each feeling listed including afraid, angry, sad, loving, and happy.

● What does a sad face look like? Does one’s mouth droop down on each side? Make an afraid face.
● What does that look like? E.g. wide-open eyes, crinkly eyebrows, etc.
● Can you make each of the feelings faces?


Do you think the world needs more Peace-enthusiasts and less of persnickety people?

Meaning: Someone who always makes a fuss

Use: Nancy is so persnickety that every step to make tea - heating, steeping, stirring- is carried out with the sensibility of a surgeon.

PIN IT! Did you know?
Some cats are allergic to humans.That is right! While some of us maintain a distance from cats for our allergic purposes, there can be some particles on our skin that the cats can feel allergic to.
ALL YOU NEED TO KNOW, WHEREVER YOU ARE.
Powered by

India's biggest Toy Manufacturing hub FUNSKOOL will soon come to Greater Noida for Manufacturing. This is a result of India-China trade tensions. 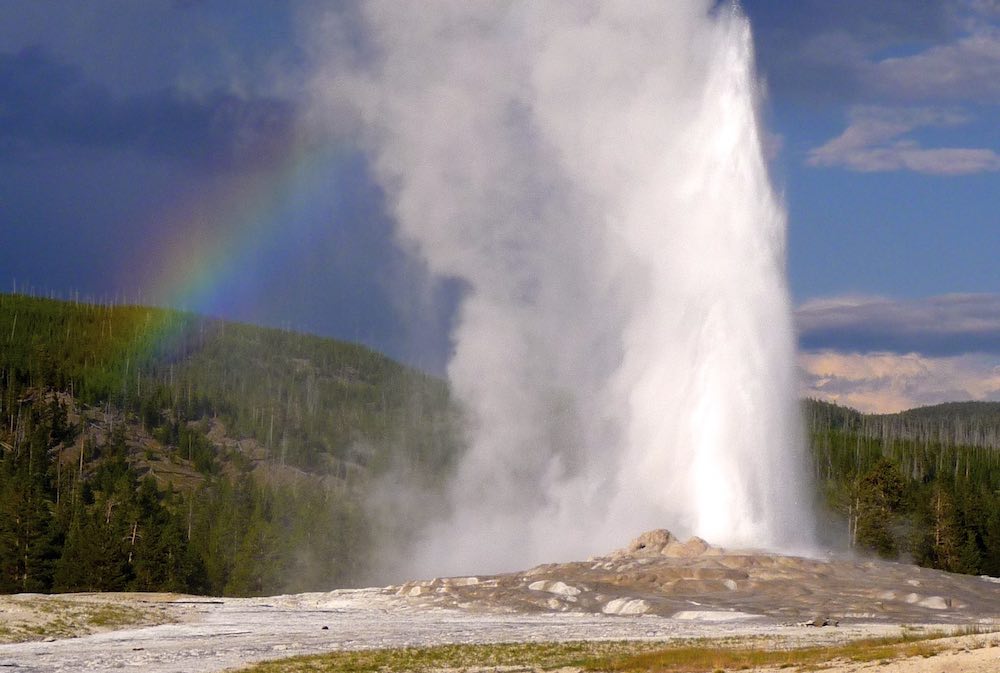 That’s a Relief: Scientists Now Say Future Yellowstone Eruptions Are Likely to be Much Weaker Than in Ages Past


There are some people who are scared of the number 13. This phobia is called triskaidekaphobia.
NOW GET SMARTER WHILE YOU SCROLL.
Powered by


Glimpses of My Life in Corona Times

I am so bored
Sitting at home
There is nothing much to do.

Corona is spreading,
In Paris and Rome,
And now in India too.
All my days,
Feel the same

During this time.
I have played
Every game
Oh I hate quarantine!

Every day
There is so much of it!
In my home,
I have to stay,
Which I don’t like a bit.

My mumma cooks
Loads of tasty food
And my sister plays with me
Right now my family is
The only thing that’s good.
Go corona! Let me be free!