"A question that sometimes drives me hazy: am I or are the others crazy?"
— Albert Einstein


World UFO Day is an awareness day for people to gather together and watch the skies for unidentified flying objects.

Aim of observance:The stated goal of the July 2 celebration is to raise awareness of the undoubted existence of UFOs and to encourage governments to declassify their files on UFO sightings.
Read More about it on Page 2!

This Day in History

1698: Thomas Savery patents the first steam engine, which was technically not an engine, it was the first commercially used steam-powered device, a steam pump which is often referred to as an "engine”.

1776: New Jersey gives the right to vote to all adults who could show a net worth of 50 pounds.

1843: An alligator falls from sky during a thunderstorm in Charleston, South Carolina.

1850: Benjamin Lane gets a patent for gas mask with a breathing apparatus.

1998: "Harry Potter and the Chamber of Secrets" the second book in the series is published by Bloomsbury in the UK.

2002: Steve Fossett, becomes the first person to fly solo around the world nonstop in a balloon.


1946: Richard Axel is an American molecular biologist and university professor. His work on the olfactory system won him and Linda Buck, a former postdoctoral research scientist in his group, the Nobel Prize in Physiology or Medicine in 2004.


1986: Lindsay Dee Lohan, she is an American actress, singer, songwriter, producer and entrepreneur. Born and raised in New York, Lohan was signed to Ford Models as a child. Having appeared as a regular on the television soap opera Another World at age 10, her breakthrough came in the Walt Disney Pictures film The Parent Trap.


1990: Margot Elise Robbie, she is an Australian actress and film producer. She has received nominations for two Academy Awards and five BAFTA Awards. In 2017, Time magazine named her one of the 100 most influential people in the world, and in 2019, she was ranked among the world's highest-paid actresses.

Milton Hershey - The Man who Moved the World

Milton Snavely Hershey born September 13, 1857, was an American chocolatier, businessman, and humanitarian. Milton was nineteen years old when he chose to start his candy sales.

Five things you probably didn' t know about Hershey and his Chocolates:-


• THE TITANIC HAD NEARLY SANK THE COMPANY.
Hershey and his wife had taken tickets to the Titanic, but something occurred, and they had to return. They could' ve been on the ship that day, and if they were there. You know the rest.

Read More
• THE TOWN OF HERSHEY WAS MAINLY BUILT FOR THE WORKERS AND THEIR FAMILY WHO WORKED AT HERSHEY'S.
Milton Hershey planned and built the town of Hershey, and also discovered Hersheypark so that the families could spend their time recreating and enjoying.

• HERSHEY'S CHOCOLATE HAVE LIVED ON THE MOON.
Hershey worked with the military and created a heat-resistant Hershey' s Tropical Chocolate Bar. In 1971, astronauts aboard Apollo 15 were given the bars.


On the occasion of their 100th-anniversary in 2007, Hershey’s made a huge Kiss weighing over 30,000 pounds. It required 152 people to construct the 12-foot-tall sculpture in nine days.

• HERSHEY OPENED A SCHOOL AND ESTABLISHED A FOUNDATION TO PROVIDE EDUCATION FOR THE LOCAL COMMUNITIES.


Hershey and his wife opened the institution Milton Hershey School in 1909. It served orphaned boys. Now it is a cost-free school for students from pre-kindergarten to 12th grade. In 1935, he further established the M.S. Hershey Foundation. Today, the Foundation operates the Hershey Theatre and the Hershey Gardens. It also supported the Hershey Community Archives and the Hershey Story museum.

Credits: Tarini Kaushik
Reach me at:705tk@theschoolsocial.in for any questions, advice or feedback

PIN IT! Did you know?
In the bible we see the mention of Dogs 14 times and Lions 55 times. There is no mention of domesticated Cats.
NOW GET SMARTER WHILE YOU SCROLL.
Powered by

On 2nd July 1947, a United States Army Air Forces balloon crashed near Roswell, New Mexico. People took great interest in the crashed ‘flying disc’ however, the US military stated that it was merely a conventional weather balloon. In the 1990s the true nature of the ‘flying disc’ was revealed. And the Roswell UFO incident was considered to be the most famous UFO incident. Here is a list of some other UFO sightings. Read more to find out…

On 14th July 2001, a group of motorists stopped alongside a highway and noticed strange yellow-orange lights in V formation. The sight continued for around 15 minutes. At first it was not paid much attention but later the New York Strange Phenomenon Investigators (NY-SPI) claimed to receive FAA radar data that corroborated the UFO sightings.

The sightings at Stephenville (2008)

The residents of the small town of Stephenville, Texas noticed something interesting in the sky on 8 January 2008. They saw a horizontal arc of white lights that gradually bent in vertical parallel lights. The unidentified flying object was claimed to be flying at a speed of 3000 miles per hour but did not produce any sound.

The news of this sighting leaked 2 years later in 2017. A video emerged, revealing an encounter between an F/A-18 Super Hornet and an Unidentified Flying Object. The craft was very fast moving, white oval, about 45-feet long without wings or exhaust plumes. The pilots tracked the object at 25,000 feet above the Atlantic Ocean. No explanation emerged about this sighting ever after.

So, on 2nd July every year, people celebrates UFO day, to spread awareness about flying saucers. All you have to do is look at the sky from time to time, and who knows, the next UFO might be noticed by you.

Curiosity, 4 Mins
Yawn I see, yawn I do

Have you ever felt the urge to yawn when you’ve just seen someone do so? Well, you’re not alone. “Contagious Yawning” is an actual thing and has been observed in humans, chimpanzees, cats, dogs, etc. Don’t believe me? Try watching a video of someone yawning. Chances are that you felt the urge to yawn yourself. If you did, congratulations, you’ve just been infected by contagious yawning.


Don’t worry, it’s not some highly infectious and deadly disease that you’ll have to remain in quarantine for. The worst you can do is yawn, and make others yawn also(I guess it is kind of like a superpower then).

The exact theory behind what causes contagious yawning is still unknown. Some researchers say that those people who have a high emotional quotient(EQ), i.e, those who can empathise more, tend to yawn when they see someone do so. While other scientists have challenged the theory and have said that the age factor plays an important role in contagious yawning with it having a negligible effect on the elderly. Psychiatrists and neuroscientists have also established that people with mental disorders like autism and schizophrenia tend to be less susceptible to contagious yawning.

To sum it up, there is still no perfect explanation behind why yawning is contagious. Who knows, maybe it is a secret language between earthly organisms which we can use in the event of an alien invasion.

E-Mail your entries to write@theschoolsocial.in
Last Date: June 5, 2020, Sunday
Certificates for all Participants.


Award: Selected candidates will get a chance to
create a Plan of Action and Work on their Projects under Expert-Guidance
in a 3-Day Online Workshop on ‘How to Become a Global Change-Maker?’
and will also be eligible for a 50% Discount.
(Workshop Fees: Rs. 3500 Rs. 1750)

A pun makes use of words that have more than one meaning, or words that sound similar but have different meanings, to humorous effect. For example:

✔ The two pianists had a good marriage. They always were in a chord.

✔ I was struggling to figure out how lightning works, but then it struck me.

✔ The grammarian was very logical. He had a lot of comma sense.

PIN IT! Did you know?
The tallest nation in the world is Watusis of Burundi. The average height of people there is 1.98m (6 feets 6 inches)
ALL YOU NEED TO KNOW, WHEREVER YOU ARE.
Powered by

AIIMS, IIT-Delhi develop app to track potential plasma donors
AIIMS resident doctors and IIT-Delhi students have developed 'COPAL-19' app to track real-time COVID-19 patients who can become potential plasma donors. The app has details, including blood groups, of patients who have already been discharged from AIIMS or are undergoing treatment. It will automatically track donors who will be eligible to donate plasma after a cycle of every 14 days. 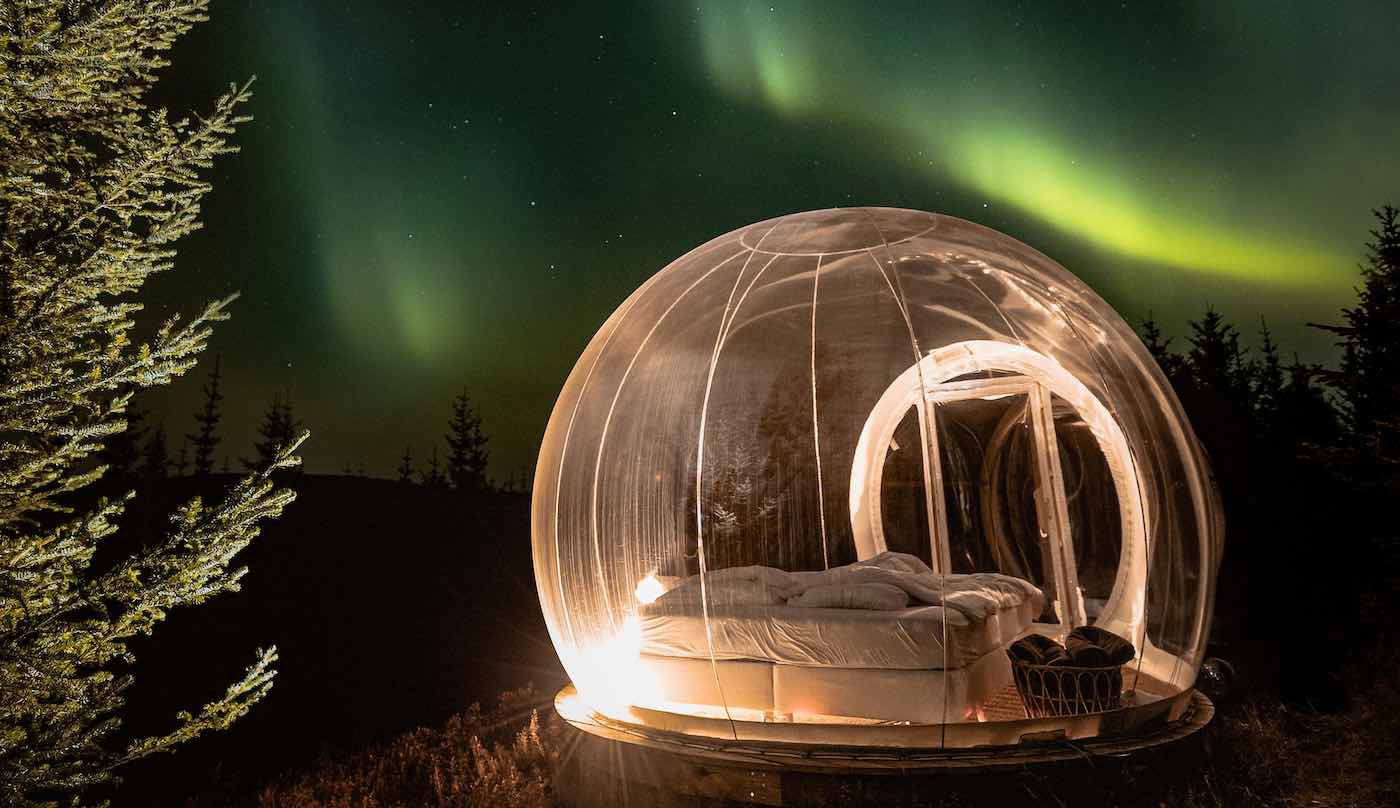 
A lightning bolt heats up the Earth’s atmosphere upto 50,000 degree Fahrenheit.
NOW GET SMARTER WHILE YOU SCROLL.
Powered by