"Read, read, read. Read everything -- trash, classics, good and bad, and see how they do it. Just like a carpenter who works as an apprentice and studies the master. Read! You'll absorb it. Then write. If it's good, you'll find out. If it's not, throw it out of the window."
— William Faulkner 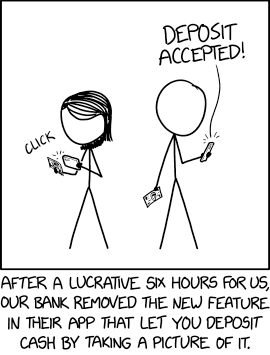 One of the Greatest Writer Ernest Hemingway was born on this day back in 1899. He is famously known for his short story The Old Man AND the Sea.

National Be Someone Day

1969 : Apollo 11 astronauts departed from the moon today after making history with man's first visit and planting the American flag.

1987 : To celebrate the 40 yrs of Ferrari production Enzo Ferrari unveiled the Ferrari F40 which was the fastest road vehicle ever built at that time.

2007 : The seventy-two year old Pratibha Patil is elected to the presidency in India, and becomes the first woman president of the country.

2007 : The last and final Harry Potter book goes on sale "Harry Potter and the Deathly Hallows" written by J. K. Rowling. 10 years after the first Harry Potter Book was published.

2008 : Exposed dinosaur tracks are discovered by scientists in Yemen. In the village of Madar.

The news of UAE becoming the first Arab nation to have successfully launched their Mars mission is the most recent update on space exploration.

This got us thinking about the achievements of Indians when it comes to space exploration,the first name which came to my mind was Kalpana Chawla.

One really has to be living under a rock if one has not heard about Kalpana Chawala, her achievements Kalpana Chawla have not been hidden from anyone.

Read More
As a child, Kalpana was fascinated by aeroplanes and flying. She went to local flying clubs and watched planes with her father.

In 1988, she began working at NASA Ames Research Center, much of Chawla's research is included in technical journals and conference papers.

Chawla held a Certificated Flight Instructor rating for airplanes, gliders and Commercial Pilot licenses for single and multi-engine airplanes, seaplanes and gliders. After becoming a naturalized U.S. citizen in April 1991, Chawla applied for the NASA Astronaut Corps. She joined the corps in March 1995 and was selected for her first flight in 1996.

Her first space mission began on November 19, 1997, as part of the six-astronaut crew that flew the Space Shuttle Columbia flight STS-87. Chawla was the first Indian woman to fly in space. She spoke the following words while traveling in the weightlessness of space,"You are just your intelligence."
During STS-87, she was responsible for deploying the Spartan satellite which malfunctioned, necessitating a spacewalk by Winston Scott and Takao Doi to capture the satellite. A five-month NASA investigation fully exonerated Chawla by identifying errors in software interfaces and the defined procedures of flight crew and ground control.

In 2001, Chawla was selected for her second flight as part of the crew of STS-107.
Chawla’s prolific career came to a tragic end after she died on February 1, 2003, in the Space Shuttle Columbia disaster, along with the other six crew members, when the Columbia disintegrated over Texas during re-entry into the Earth's atmosphere, shortly before it was scheduled to conclude its 28th mission, STS-107.

Chawla's remains were identified along with those of the rest of the crew members and were cremated and scattered at Zion National Park in Utah in accordance with her wishes.

PIN IT! Did you know?
Asia has the largest number of languages spoken in the world accounting to about 2304 languages.
NOW GET SMARTER WHILE YOU SCROLL.
Powered by

July 21, 2020
Page 2
Be Better, 2 Mins
Do you often get Goose Bumps?
It happens with a lot of us that when we are cold or frightened, we get goose bumps. Actually there is a little muscle attached to every single hair on our body. When we feel cold or afraid, as a reflex action, each tiny hair muscle contracts, or shrinks, and pulls the hair straight up. As the hair rises up, it pulls on the skin and forms a little bump. We call this a goose bump because it looks like the skin of a goose.

WHY IS EVERYTHING MADE IN CHINA?

Curiosity, 4 Mins
What are the “chasing arrows” symbols underneath plastic bottles?

You must have seen “chasing arrows” symbols that are imprinted underneath plastic bottles/containers. Do you know what they stand for? If your answer is that they signify recyclability of the plastic container, then you’re wrong. The “chasing arrows” symbols along with the number imprinted within those arrows help the consumer identify the type of plastic the container is made of so that it can appropriately be disposed of.

It stands for PETE PETG plastic. PETE is an acronym for polyethylene terephthalate and containers made from this polymer are easily recycled. This symbol is often used on soft drinks and mineral water bottles. Please note that although easily recycled, PETE can only be recycled once.

It stands for high density poly-ethylene(HDPE) which is characterised by its low weight and high strength. It is often used in containers for detergents, soaps, milk, etc. it is also easily recycled.

It stands for PVC or polyvinyl chloride. It is characterised by its high mechanical strength and versatility. It finds use in non-food packaging, piping, and electric cables. However, PVC cannot be recycled.

LDPE or low density poly-ethylene is characterised by its softness, flexibility, and high mechanical strength. It is used in frozen food packaging, squeezable bottles, and container lids. It is also easily recycled.

It stands for polypropylene and can be recycled easily as well. Polypropene is characterised by its hardness, flexibility, chemical resistance and high strength. It finds use in kitchen wares, oven wares, etc.

Signifies polystyrene which is not recyclable. It is a thermoplastic polymer and is used in take-out containers, disposable cups and dishes, etc.

This symbol is used for non-standardised plastics that do not fall into the aforementioned categories.

Book: The Oyster and The Butterfly


In any discussion with my parents, whenever I try to share my opinion, I think multiple times before speaking because I don't want to be judged.

Meaning: So an archimage is a chief magician or a great wizard.

Usage: The final part is entitled " The Archimage " and corresponds to Alodar's mastery of all other forms of magic.

PIN IT! Did you know?
At the young age of 9 Picasso completed his first painting which was called Le picador, which was a man riding a horse in a bullfight.
ALL YOU NEED TO KNOW, WHEREVER YOU ARE.
Powered by

Oxford COVID-19 vaccine human trial reveals:
An experimental COVID-19 vaccine, being developed by the University of Oxford, is safe and produced an immune response in early-stage clinical trials in healthy volunteers, according to trial results published in UK based medical Journal ‘The Lancet’.

Human trials of Covid-19 vaccine, Covaxin to start at Bhubaneswar from 22 July
Healthy volunteers aged between 18 and 55 years having no comorbid conditions or COVID-19 history would be eligible to participate in the clinical trials. It is one of the 12 centres selected by the ICMR for conducting phase one and two of the clinical trials. 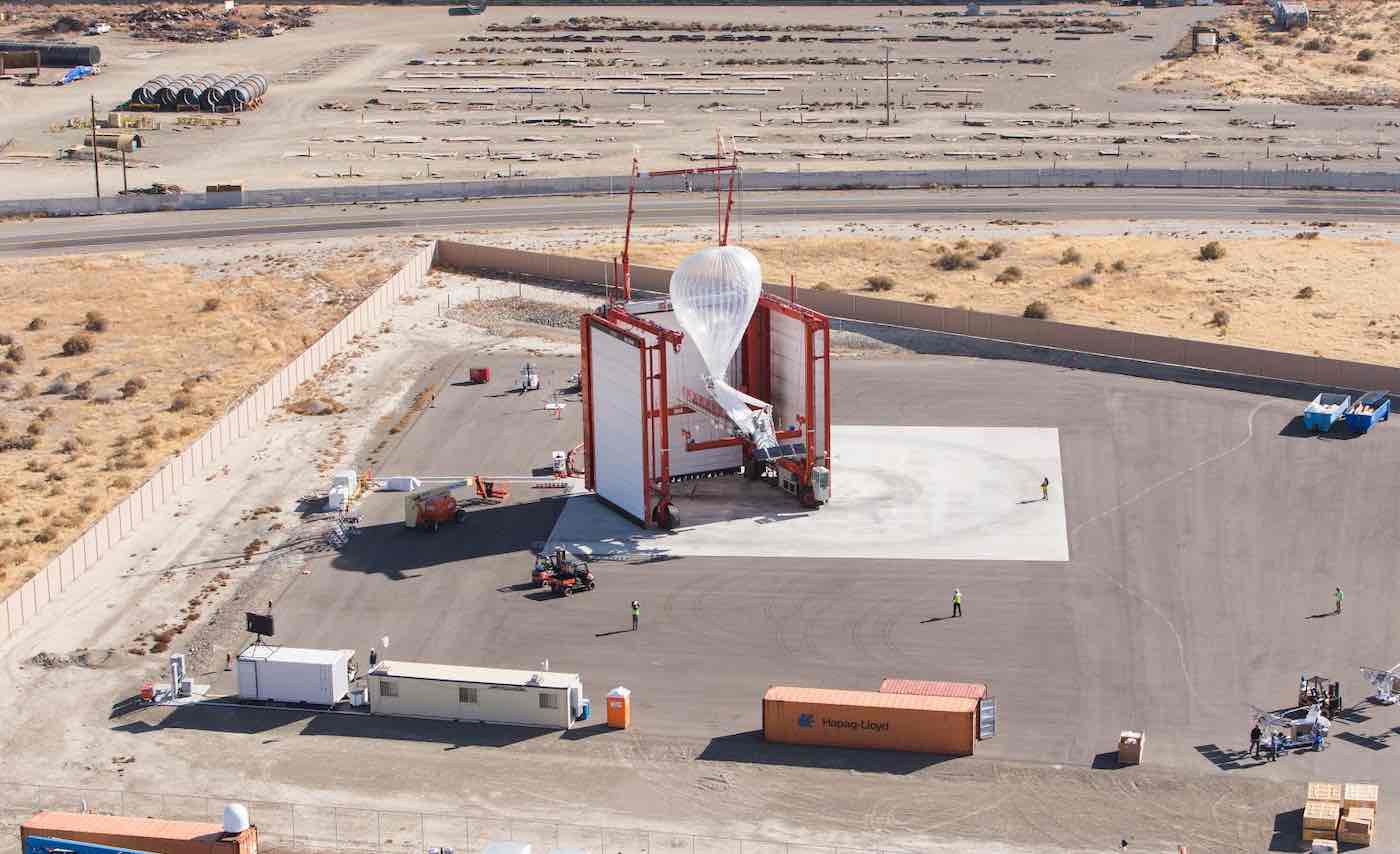 
Jellyfish, or jellies as scientists call them, are not fish. They have no brain, no heart, and no bones.
NOW GET SMARTER WHILE YOU SCROLL.
Powered by


Kazi Fernaaz Feroze, Ex-Student, St.George's School, New Delhi.
Born in Kolkata, I shifted to Delhi in 2005 as my father got transferred. You see, when I get emotionally overwhelmed, poetic ideas fill up my mind, and then I begin to have this urge to jot it down. So in this way, I write poems. My hobbies are: writing poems, drawing, singing, all alone, and most important of all, checking out new English and Hindi songs.

This empty page, it's staring at me,
Trying to lure me into writing something.
Anything, in the times when I am lonely,
Can be a beautiful or a crappy thing.

This empty page, it is trying to tell me
That it really wants to hear my stories,
That it cares for my successes, and my worries,
Whenever I think, that I am just solitary.

This empty page turned out to be
Like a long lost friend, who's now totally free,
To hear all of my irrelevant jabbering,
About fresh and new depressing stories.

This empty page, does it complain? No!
Because it is not the kind of friend to do so.
That's why it remains all ears,
To my languishing pains 'bestowed' by the past years

This empty page is slowly getting filled,
With the ink of the gel pen getting spilled,
In the form of messages and thoughts,
Which, for me, were the haunting forget-me-nots.

This empty page is wholeheartedly thanking me
For venting out ALL emotions fully and truthfully
And now, I am thanking it time and again
For making me feel as light as feather in the air...