“Things do not grow better; they remain as they are. It is we who grow better, by the changes we make in ourselves.”
― Swami Vivekananda

World Nature Conservation Day is observed on 28 July every year to recognise that a healthy environment is a foundation for a stable and productive society and for future generations. We must protect, conserve and sustainably manage our natural resources.

1914: The S.S Komagata Maru was forced to leave Vancouver and sailed for India.


Warren Buffett is known as the "Oracle of Omaha," is an investment guru and one of the richest and most respected businessmen in the world. Born in Nebraska in 1930, Warren Buffett demonstrated keen business abilities at a young age. He formed Buffett Partnership Ltd. in 1956, and by 1965 he had assumed control of Berkshire Hathaway.

Managing the growth of a conglomerate with holdings in the media, security, power, and food and beverage industries, Buffett became one of the world's richest men and a celebrated contributor. As of May 2020, Buffett has an estimated net worth of $68.6 billion.
Between 2006 and 2017, Buffett gave away close to $28 billion in charity. In 1956 Buffet formed the firm Buffett Partnership Ltd. in his hometown of Omaha. Appropriating the techniques, he was successful in recognizing undervalued corporations and became a millionaire.

In June 2006 Buffett announced that he would be giving his entire fortune away to charity, committing 85 percent of it to the Bill and Melinda Gates Foundation. This donation became the largest act of charitable giving in United States history.

In 2010 Buffett and Gates announced they had formed The Giving Pledge campaign to recruit more wealthy individuals for philanthropic causes. On the flip side, he increased his investment in Apple by 3 percent, and became Bank of America's largest shareholder by exercising warrants for 700 million shares. Early the following year, he added more Apple shares to make it Berkshire Hathaway's largest common stock investment.
In 2016 Buffett launched Drive2Vote, a website aimed at encouraging people in his Nebraska community to exercise their right to vote, as well as to assist in registering and driving voters to a polling location if they needed a ride.

Buffett also challenged the Republican nominee, Donald Trump, to meet and share their tax returns though Trump did not accept the offer. In May 2017 Buffett revealed that he had begun selling some of the approximately 81 million shares he owned in IBM stock, noting that he did not value the company as highly as he did six years earlier.

He has spent most of his life and money to the charity helping and donating to those who need it. He is truly an Inspiration and a god to the needy.

PIN IT! Did you know?
Shark Teeth are as hard as steel.

July 28, 2020
Page 2
Be Better, 5 Mins
Sun and Wind - Do they give us Energy too?
Solar Energy
The sun is the closest star to Earth. It brings heat and light to the world. Some areas of the world, such as those closest to the equator, get more sun than others. Solar power is the most abundant energy source on Earth. There's enough solar energy hitting the Earth every hour to meet all of humanity's power needs for an entire year.

WIND Energy
Wind is caused by the uneven heating of the atmosphere. Some areas of the world, such as coastal regions, have more wind than others because the terrain of the area is relatively flat and has few obstacles to block the wind from blowing.

Did you know? Referred to as sources of energy by science, Sun and Wind are reverred to be Gods in Hindu and Greek Cultures.
>> Time for some Q&A.

Know all the answers, write them to write@theschoolsocial.in and get a chance to be featured here!!
Do share your views with me through the Feedback below or write to me at mahajananupama68@gmail.com
Read less

Curiosity, 4 Mins
How do astronauts meet their water demands?

Haha, but don’t worry. It’s completely safe and frankly, necessary. Moreover, the technology that they use to filter their urine is a very effective but a very simple one and that is exactly what we are going to discuss in this article.

One of the most ancient ways of filtering dirty water is by boiling. The steam can be collected and then condensed to obtain pure, dirt(and pee, if you will) free. However, this method has a tiny hitch in that it requires gravity - something that is unavailable when you’re in space. Well, obviously this did not stop our engineers. They created artificial gravity! How? Well, if you’ve seen the movie Interstellar, then you know that when an object rotates, it produces a centripetal force. The centripetal force can be made to work like an artificial gravity and that is exactly what a pee recycler does. The recycler is heated and the steam is collected and condensed and voila! - you have drinkable water - pee free and freshly prepared by a method that is out of this world! (Okay I will now show myself out.)


Do you do something to conserve nature?

Meaning: Like or likened to a hinge; ginglymoid: applied to joints.

PIN IT! Did you know?
Sound travels about four times faster in water than in air.
ALL YOU NEED TO KNOW, WHEREVER YOU ARE.
Powered by

Trump’s Use of National Agents Upsets Cities
People in Portland, Oregon have been protesting over police violence and Black rights for nearly two months. Recently, US President Donald Trump sent in US agents, raising tensions and fears in Portland and other cities.

Aussie invents paint to beat coronavirus
In what may be one of the biggest breakthroughs yet in combating COVID-19, a scientist has invented a surface coating that wipes out the virus and may continue working for years 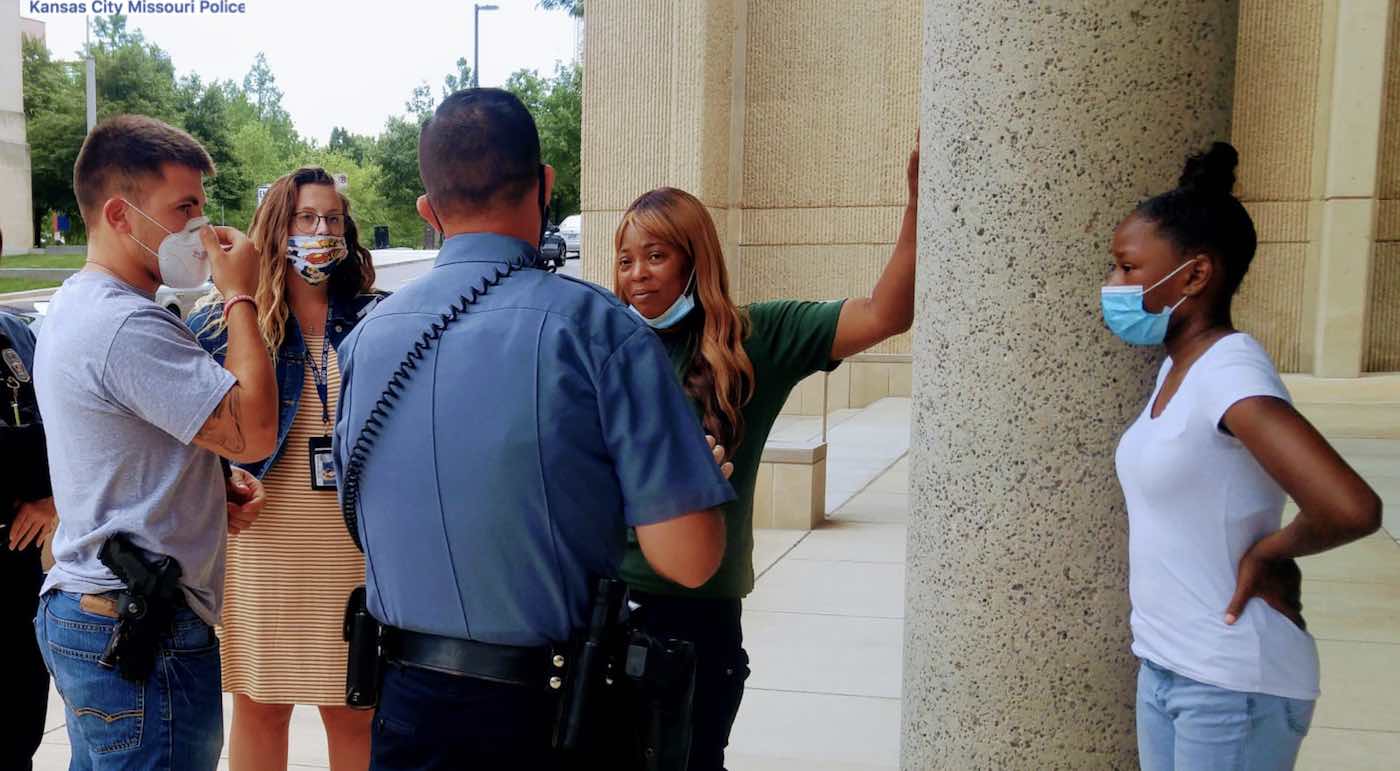 Single Mom Donates Lottery Win Anonymously to Wounded Policeman, But Officers Track Her Down to Reciprocate

The peanut is a member of the bean or legume family and not a nut.

The Art of Learning

It happens often that we feel that studying is boring and get frustrated over little things. But all we need is the right direction to study effectively. Just studying and studying effectively are two different things. When you are effective in studies, you are successful in producing a desired result; which means that you cover the target/ goals within the stipulated time frame you have set for the same. There are no predetermined methods or guidelines for studying effectively. Therefore, before understanding how to study effectively, one should analyze and understand his/her capacity and uniqueness. We all have different styles and ways of doing things. Some people find it easier to learn by-heart the notes; whereas some find it difficult. Therefore in understanding yourself and your capacity, you are discovering unique ways of studying. You should also understand that studying right is an art in itself. Once you discover the right way of doing it, you are all set to achieve the best results for your next exam.

You can be smarter at studies by following these effective study habits:

1. The most important thing in achieving this would be to change your attitude towards studies. Studying should not be considered as a task but instead as a process of enjoyment. Also you need not study for hours on a single topic, but instead dedicate yourself and focus on the topic with no other distractions.

2. The next important aspect would be to start getting organized. And when it comes to getting organized, you should have a dedicated study area, a proper time table, etc. You may also try to create a homework planner, wherein you enlist all the homework, projects, assignments, exams, etc. By having a planner you can easily align your time and effort to the works of higher priority besides the fact that you won’t miss out on any major submissions.

3. Being organized is also related to proper time management. Based on the knowledge of your strengths and weaknesses, you should allocate time for each subject. Always set goals before studying; by setting the goal, you are targeting to cover certain number of modules in a fixed time. Don’t overwhelm yourself with the amount of topics to be covered. Instead, list down all the topics and prioritize the topics based on importance.You should also understand that your brain needs rest after every 20-30 minutes of concentrated work; during the break you may walk around, stretch yourself, or treat yourself with your favorite snacks.

4. In the process of learning, don’t forget your creativity. Kick start your creative side, and draw some beautiful relationship charts, schematic diagrams, flow charts, etc. correlating your topic of study in the sequence of turn of events. This way you can understand the events easily and grasp it at once. You may also use colors to highlight important facts and figures.

5. Also it is advisable to prepare personalized notes while studying. It is evident that the notes prepared not only help in retaining the learning for a longer time but also save time during revision sessions. However it is necessary that we devise an effective way of taking notes for ourselves. Notes can be creative; it can be a series of words which will unfold the major learning.

6. Lastly, the best way to learn is to teach somebody. Teaching somebody gives a better grasp of the topics learned. The process of teaching provides the scope of questioning the facts studied by us. Also the involvement of other people and shared knowledge reduces the risk of mistakes and covers the gaps which might have occurred at individual level.

Learning is a process, in which you enrich your mind and soul with knowledge. Once you grasp the art of studying effectively, there is no need to panic about the big test coming up; besides that you will score very well for the same.