"Let us be grateful to the people who make us happy; they are the charming gardeners who make our souls blossom."
— Marcel Proust

"Some cause happiness wherever they go; others whenever they go."
— Oscar Wilde

Global Tiger Day, often called International Tiger Day, is an annual celebration to raise awareness for tiger conservation, held annually on 29 July. It was created in 2010 at the Saint Petersburg Tiger Summit.

1802: Agreement between Gaekwad of Baroda and the British about the army.

1927: Madhavsingh Solanki, one of the leaders in Gujarat, was born.

1996: Aruna Asaf Ali, freedom fighter and player of important role in Quit India Movement, passed away in New Delhi. She was awarded the Bharat Ratna.

Liz Murray -From Homeless to Harvard


Elizabeth Murray is an American inspirational speaker who is notable for having been accepted by Harvard University despite being homeless in her high school years. She is a 2011 recipient of the Alex Awards.

She was born in the Bronx, New York, on September 23, 1980, to poor and drug-addicted parents, both of whom would later contract HIV. When Liz became homeless at the age of 15, it was just after her mother died of HIV and her father moved into a homeless shelter.

In such a painful situation, most people would only be able to see their immediate circumstances. But Liz would seek a better reality for herself, despite her intense limitations. So she attended a local high school and graduated in just two years. She was then awarded a New York Times scholarship for needy students and was accepted into Harvard University, eventually earning her doctorate in clinical psychology. She has since written a New York Times best-selling memoir, “Breaking Night: A Memoir of Forgiveness, Survival, and My Journey from Homeless to Harvard” which was also a made-for-TV movie. Liz inspires me because she didn’t let her circumstances dictate her future. Instead, she chose her own destiny and manifested it, despite overwhelming obstacles.

To get a sneak peak into Liz’s life,please do watch the movie From homeless to Harvard, it is a movie based on her life and follows her journey from losing her mother to HIV to making it to Harvard on a scholarship.

It will leave you really really inspired to do just anything you want to do!It is my go to movie on my low days.

PIN IT! Did you know?
The hashtag symbol is technically called an octothorpe. The "octo-" prefix refers to the eight points on the popular symbol, but the "thorpe" remains a mystery. One theory claims that it comes from the Old English word for "village," based on the idea that the symbol looks like a village surrounded by eight fields!

July 29, 2020
Page 2
Be Better, 5 Mins
Ready to be Socially Smart?
We know how Facebook, the most popular social media platform, went from bringing 'people around you' together to helping you 'connect and share with people in your life'. This, instantaneously, opened the doors to our virtual life, where we started connecting and sharing with people who may not even be around us!
There is ample theory to understand how the social media impacts human behavior and also, how, unknowingly, one becomes a proponent of the web of digital channels, but I’ ll put it to another day! Everything has its pros and cons, but for now, let’ s show you how at the count of 1, 2, 3, you can become Socially Smart:
Read More


Number 1: Be your own Boss!
Your social media account should be smartly handled as it is your identity in the digital space. When I teach Digital Marketing, I give immense value to digital identities as they become our defining features in the online world. So, build all your accounts (FB, IG, LinkedIn, Reddit or whatsoever) preferably using 1 email-ID. This will help you inter-connect with friends across channels. (Cheat code: Use a family ID for teens’ social media handles. Trust them, but be careful too!)

Number 2: Build a Positive Profile
Again, your profile is your identity. Everything you put out there, including your DP and ‘About’, tells your fellow mates or followers briefly everything about you. Never try to act dumb and put false information there. The social media channels are getting smarter, the upcoming game is to deal with the fakes.


Number 3: You, Your Profile, Your Connections
Oh please! This is not a number game and you don’ t have to surpass others with a maximum number of friends / followers / or connections. Really! Facebook is not going to give you free-likes if you befriend anyone and everyone you see, nor would Instagram. Even if they do, in the near future, don’ t get lured.
It’s immensely crucial to keep a check on who you connect with. Connect only with family and friends or just some acquaintances with overlapping circles. We don’t want a repetition of the Bois Locker Room scenario.

Assess your profile for these and we will come back with some important ‘privacy’ practices and how to make people really like your digital identity aka social media profile! Be happy being mindfully social.

Credits: The Writer is a startup-reneur, an Editor, a Social Media Expert, Digital Branding Consultant, Online Marketing Trainer and a Positivity Enthusiast, all at 27.
Reach her at radhika@theschoolsocial.in.
Read less

What Happens in Monsoons?

Curiosity, 4 Mins
Why is Mars red?

The recently released ultra HD videos of Mars by NASA gave us some spectacular views of our neighbouring planet. Unsurprisingly, though, those videos showed Mars in its signature reddish hue that we associate Mars with. Its reddish-orange hue can even be discerned by our plain eyes on a clear night sky and hence the name “the Red Planet” was chalked to describe Mars. But have you ever wondered what gives Mars its red colour? Let’s find out.

In order to explain Mars’ peculiar colour, we’ll first have to look at the phenomenon of rusting of iron. Iron rusts when it is exposed to oxygen rich air and is accelerated by the presence of moisture. The rusting of iron gives it a characteristic reddish colour that we are all familiar with.

Okay, so it has already established that Mars is rich in iron. The rocks that you see in the newly released videos taken by the NASA rovers have a significant quantity of iron in their composition. But, wait, what about the water? We don’t see any water on Mars. So how’d the rusting take place? Well, scientists have several theories but the most widely accepted one is that Mars was once covered with water. That water accelerated the rusting process of the iron that was present in the rocks. This is an exciting prospect because it might mean that although there is no trace of water on Mars' surface, its interior might still have the presence of the “stuff of life.” This is exactly the reason why NASA has dropped InSight lander on Mars whose objective is to dig into Mars’ surface in hopes of finding liquid water.

Kindness can be deeper than “please” and “thank you.” But it can be confusing sometimes when actions are mistaken. How can we show kindness? How can we be clear about our intentions to do good for others?

Goal:
This exercise prompts you to explore how the same act can be kind or unkind depending on context and intent. Do it with your parents at home or with you friends online.

1)Choose any or all of these prompts that you think are best for your team. You can write these acts down on pieces of paper that the players can draw from a cup or hat, or you can choose a few to read out loud and talk about.

3) Go until all of the prompts are gone. Then, talk about the discussion questions.
Draw one:

The card drawn says, “making a joke.” The person who draws the card might say, “Last week at lunch, Jim was joking about how dumb my drawing looked, and that was not kind.” The other person might say, “Yesterday, when I was feeling sad, Aza was joking with me to help me feel better, and that was kind.”


If you were the president of the United States, would you get into a trade war with China?

Usage: He searched high and low for the car keys, every room in the house.

Australia, the land of great ideas.
Whether you’re in your classroom or reading this story on Kids News from home, you’re most likely using Wi-Fi, an Australian invention and one of a long list of smart ideas we’ve had so far.

Will a Newly Discovered Lizard Help Scientists Protect Rain Forests?
The discovery of a new lizard -- a cousin of the Komodo -- has got scientists thinking. 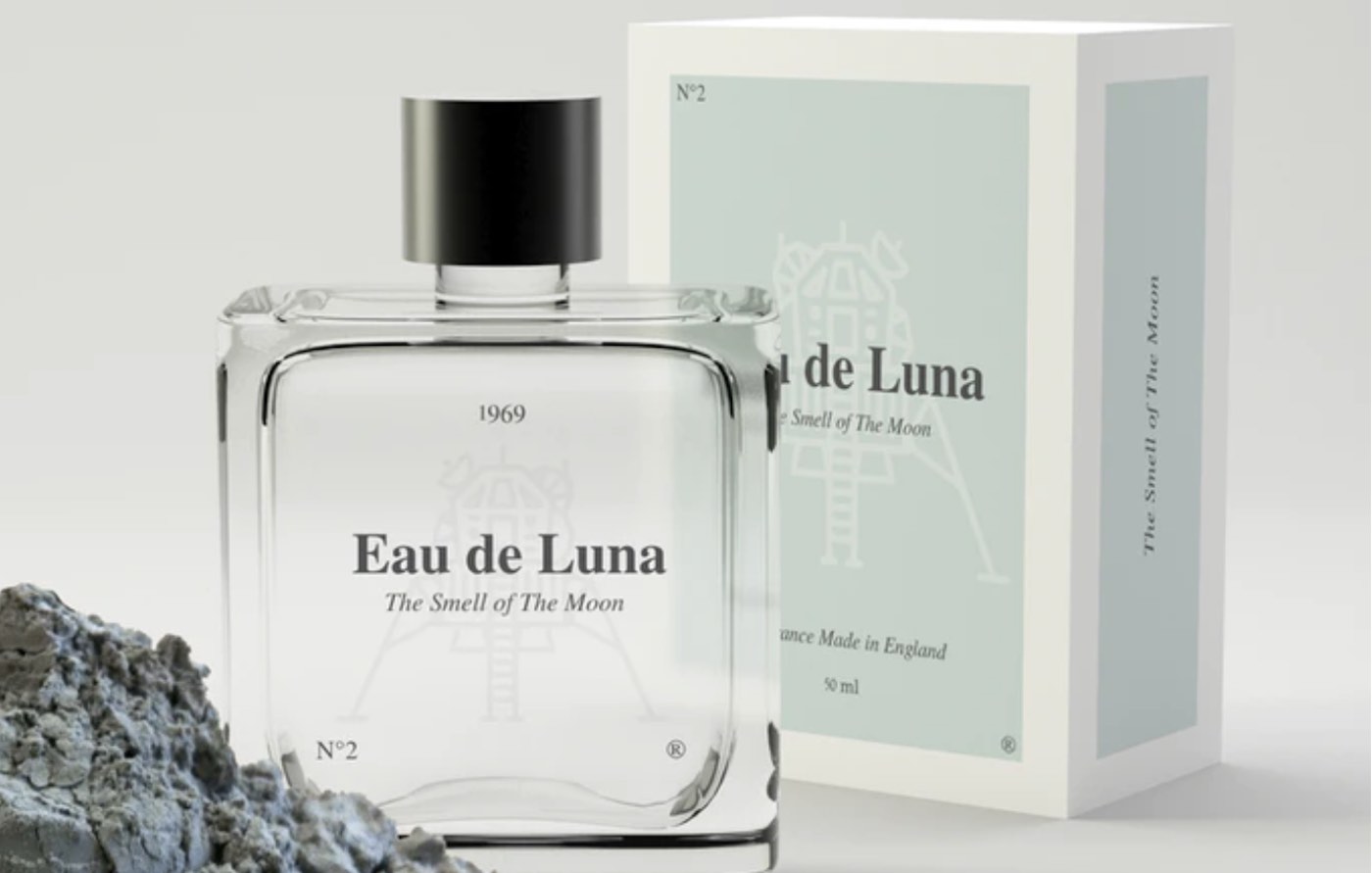 FREEDOM OF A BIRD

I was caged for days and nights,
Feeling I had no rights.

One day, a girl set me free,
I thought God sent an angel for me!

Now I have no fright as,
I have all my rights.

Thanks to that lovely angel,
Now I will also fly like a bird.