“I like to listen. I have learned a great deal from listening carefully. Most people never listen.”
― Ernest Hemingway

“Motivation is what gets you started. Habit is what keeps you going.”
― Jim Rohn

As per the North Indian Purnimant calendar, the month of Sawan will start from July 6 and end on August 3rd this year. The first showers of the monsoon season mark the beginning of the Sawan month.
In Hindu traditions, Sawan or the Shravan month is an auspicious month. It is the fifth month of the Hindu lunar calendar and Lord Shiva and Goddess Parvati are worshipped during this month.

World Zoonoses Day is observed every year on 6 July to emphasise and bring problem awareness amongst people and teach them to take the right action. “Zoonotic” is the term used to describe pathogens that can spread between animals and humans.
Remember, we talked about the zoonotics on May 26th! Kind of? Go back and find on Page 2 HERE:


1935 — Tenzin Gyatso, 14th Dalai Lama, the future leader of Tibet, is born to a peasant family in Takster, Tibet. At age two, he was declared the Dalai Lama, as he is the reincarnation of a great Buddhist spiritual leader.

What Happened On this Day:

1925 — Blackboard Jungle, released in 1955, was the first Hollywood film to feature a rock and roll soundtrack. Teenagers across the world were so excited about it that many danced in the aisles when the music was played. Some went further, tearing up seats and creating riots at cinemas where the film was shown.

1957 — Althea Gibson claims the women’s singles tennis title at Wimbledon and becomes the first African American to win a championship at London’s All England Lawn Tennis and Croquet Club.

2006 — The Nathu La pass between India and China, sealed during the Sino-Indian War, re-opens for trade after 44 years.

Steven Spielberg was an amateur filmmaker. He became a successful and Award-winning director. He co-founded the studio Dreamworks SKG.

Read More
1) HE IS NOT THE GODFATHER OF ONE, BUT TWO HOLLYWOOD A-LISTERS.

Throughout, Spielberg has cast many children to star in his movies. Both Drew Barrymore furthermore Gwyneth Paltrow graced as his goddaughters.


2) HE HAS BEEN REJECTED FROM A FILM SCHOOL THREE TIMES, AND NOW THE SAME FILM SCHOOL NOW HAS A BUILDING NAMED AFTER HIM.
Inspiration, 4 Mins

PIN IT! Did you know?
Israel has more number of Nobel laureates that India, Spain and China
NOW GET SMARTER WHILE YOU SCROLL.
Powered by

July 6, 2020
Page 2
The Spies who made America independent

Every year on 4th of July, America celebrates its Independence Day. This day is a celebration of receiving independence from the British colonizers. But America would not have been independent, if it wasn’t for the collective efforts of its mass. Amongst the efforts of the people, there are some renowned spies that we get to know of. Read more to find out who they are.
Read More
1) Nathan Hale

Nathan, a Yale graduate, was Americas’ first spy who served in Knowlton’s Rangers. When George Washington’s forces started to gather on Manhattan Islands, Nathan went ahead to gather information behind enemy lines, surveying British fortifications and encampments where he took cover as a schoolmaster.
2) James Armistead

James Armistead was a Virginia born bondsman who began his service by transporting intelligence reports across enemy lines. Then he went on to become a spy funneling the Redcoats phony information supplied by Lafayette which even included a fraud report on Continental troops.

Enoch was a Connecticut born who mistakenly became a spy and willingly went ahead with it. He reported on the movements of British sympathizers. 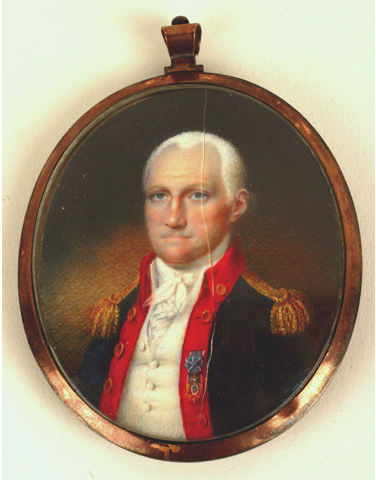 Lieutenant Costigin began his venture in 1777, when Washington sent him to New Jersey to report on British Movements after the Battle of Trenton. He continued to collect information on everything from troop movements to military shipping for the Continentals openly from the streets.

Without the courageous contribution of these motivated people, America would still live under the colonisation of the British rule.

Life Story of The Dalai Lama

Neutron stars are exactly what they’re named as - a giant ball of neutrons, basically a really, really big nucleus. When a star the size of at least 10 times the mass of the sun dies, it collapses to form the densest, directly observable objects in the whole universe - a neutron star.


2) They have a very powerful magnetic field. Take any neutron star and they almost certainly will have a magnetic field at least a few billion times our earth’s own magnetic field. Sometimes these strong magnetic forces can cause the star’s surface to break apart creating extremely powerful blasts of gamma rays that can travel across thousands of light years and often cause discernible changes to the earth's atmosphere.

3) You must have a blender at your home. They spin really fast, right? Well, neutron stars spin just as fast if not much faster. A neutron star called PSR J1748-2446ad spins 43,000 every minute. Just think for a minute - in the vast nothingness of space, there lies a tiny star that spins a hundred times faster than an average ceiling fan and emits radiations so powerful that if occurred in relative proximity to earth, can kill off every single species on our planet. Terrifying.

4) Being extremely dense, the densest of any star in fact, you’d assume that they must possess an astronomical gravitational pull. You’d be right as well. On average the gravitational pull of a neutron star is 2 billion times the earth’s gravity. No wonder they ‘attract’ astrophysicists so much.

Here's what a neutron star (kind of)looks and sounds like.


Award: Selected candidates will get a chance to create a plan of action and work on their projects with experts. You will also be eligible for a 50% Discount for the 3-Day Workshop on ‘How to Become a Global Change-Maker?’
(Workshop Fees: Rs. 3500 Rs. 1750)


Unique ways to say Thank You:

✔ “I’m humbled and grateful.”
✔ “You knocked me off my feet!”
✔ “My heart is still smiling.”
✔ “Your thoughtfulness is a gift I will always treasure.”
✔ “Thank you for being my angel.”

PIN IT! Did you know?
Till the age of 12, Roger Federer played both soccer and tennis. With his growing age and responsibility, he had to give up on one of the sports.
ALL YOU NEED TO KNOW, WHEREVER YOU ARE.
Powered by

FACEBOOK - CBSE join Hands
The Central Board of Secondary Education (CBSE) and Facebook have partnered to launch a curriculum on “digital safety and online well-being” and “Augmented Reality” for students and teachers. Join the program commencing July 6 here!

Class 10, 12 board exams syllabus reduced for 2021: CISCE
CICSE has announced up to 25 per cent reduction in the syllabus for ICSE class 10th, ISC class 12th board exams to be conducted in 2021.


The famous singer Elvis Presley served in the Army even after he was really famous.
NOW GET SMARTER WHILE YOU SCROLL.
Powered by

Your Chance to Get Published


We believe that talent is inherent, all we need are opportunities. Through The School Social E-Magazine, we give our young students, their parents and the teachers an opportunity to showcasetheir talent, share their stories and engage in thoughtful activities. Our daily issues have brought a lot of talent out of the cave and made hesitant people confident.
We invite entries from all students, teachers and parents to show their creative talent and submit their Write-ups, Stories, Poems, Paintings, Sketches, Doodles, Photography, and all kinds of Creative Arts.
Make the most of this opportunity and showcase your talent to the world outside. Entries are open for the following categories:

1. The entries should be - original, as no plagiarism is acceptable.
2. Entries can be either in English or Hindi language.
3. Maximum word limit:300 words.
4. Entries can be submitted individually or together by two people.
5. All entries for Talent Treasure should be of good audio-visual quality.
6. All paintings, sketches, doodles, photographs or other creative arts should be in good quality JPG, JPEG or PNG format.
7. All written content should be in.doc, .docx or PDF format.
8. The students and teachers can submit their entries on their own or through their schools.
Entries can be submitted through this button below or mailed to write@theschoolsocial.in. Feel free to contact us at 9711804070 for more details.