"Give the ones you love wings to fly, roots to come back and reasons to stay."

IMAGINE GOING BACK IN TIME

Courtesy: XKCD.COM
This Day for You - June 4

1783 - Joseph-Michel and Jacques-Étienne Montgolfier launched an uncrewed hot-air balloon, the first public demonstration of the discovery that hot air in a large lightweight bag rises.
1896 - Henry Ford completed the first gasoline-powered vehicle, Ford Quardricycle, and also gave a test run.
1917 - First Pulitzer prize was awarded to Richards & Elliott.
1919 – The Nineteenth Amendment to the U.S. Constitution, which gave women the right to vote, was passed by the Senate, two weeks after being approved by the House of Representatives; the amendment was sacntioned the following year.
1940 - During World War II the evacuation of Dunkirk, France, came to an end, having saved 198,000 British and 140,000 French and Belgian troops.
1970 - The Kingdom of Tonga achieved independence within the British Commonwealth.


Michael Fred Phelps born on June 30, 1985, is a retired American swimmer who holds the record for the most Olympics medals won by any athlete at 28, including 23 gold medals and 13 individual golds. Phelps faced in his first Olympics at the age of 15. He was the first American male swimmer to win a spot on five Olympic teams and also made history as the oldest individual gold medalist in Olympic swimming history at the age of 28.

At the 2016 Olympic Games, he became the oldest individual gold medalist in Olympic swimming history, as well as the first swimmer to win four back-to-back golds in the same event, the 200-meter individual medley. Phelps has set 39 world records, the most of all time.

Phelps began swimming when his two older sisters, Whitney and Hilary, joined a local swim team. Whitney tried out for the U.S. Olympic team in 1996, at the age of 15, but injuries derailed her career. At age seven, Phelps was still "a little scared" to put his head underwater, so his tutors allowed him to float around on his back. Not surprisingly, the first stroke he mastered was the backstroke.


At the age of 15, Phelps became the youngest American male swimmer to compete at an Olympic Games in 68 years. While he didn't win a medal at the 2000 Summer Olympics in Sydney, Australia, he would soon become a major force in competitive swimming.
In the spring of 2001, Phelps set the world record in the 200-meter butterfly, becoming the youngest male swimmer in history (at 15 years and 9 months) to ever set a world swimming record.

Phelps then broke his record at the 2001 World Championships in Fukuoka, Japan, with a time of 1:54:58, earning his first international medal. Although his teammate Ryan Lochte told media outlets that Phelps would be back in 2020, Michael Phelps confirmed to reporters that he was retiring following the 2016 Summer Olympics.

In addition to his successful swim career, Phelps has written two books, Beneath the Surface: My Story (2008) and No Limits: The Will to Succeed (2009). Phelps co-founded the nonprofit organization Swim with the Stars, which holds camps for swimmers of all ages.

PIN IT! Did you know?
Pluto is not the only dwarf planet in our solar system. There is another dwarf planet called Ceres. It is the closest dwarf planet to the sun. It is found in the asteroid belt.

For the last few days you must have read about racism, the caste system, and the importance of religion. You must be wondering why it is necessary for you to know these issues. Well, today we will give the answer to why: Because these are essential to form your Identity. When you apply for a course or a contest, notice how they ask you several questions? These questions are related to your age, gender, religion, cast, address etc. as they are asked to verify you as a person. So today we will talk about these factors that form your identity, and the issues related to them.
Read More

As a child we all try to figure out who we are. Well, to begin with we are all Humans. In the animal kingdom, we are scientifically known as Homo Sapiens. But that is not all. Here is a list of factors that forms your Identity as a person:

1) Name: A Name generally has two components. The first is your name decided by your parents. And the last name is your family name. Last names are hereditary, and determine your caste and religion.

2) Your Age: Your age is a valid verification of your birth. When you are applying to participate in any institution, your age is scrutinized seriously to consider you capable of participation.

3) Your Location: Your Location determines your nationality, state, and the city you were born in. Your Nationality determines the laws you have to follow as an independent citizen of a particular country.

4) Your Gender: In general, people have acknowledged two genders for centuries. They are the male and the female. But in reality there are more genders than that. People belonging to the other genders have been ill-treated and discriminated against in our society for ages. However, with the Pride Movement since the ‘70s some of the genders have been accepted in our society.

5) Your Caste/Religion: As mentioned earlier, this factor depends on your family name. Certain countries permit certain special rules for people belonging to a particular sect. For instance, in India there is the facility of reservation for people belonging to the lower caste. However, like gender, this has also been used as a discriminatory factor to practice maltreatment of the people.

6) Your Occupation: As long as you do not become a professional, you use your parent’s profession to verify your identity. After you have become a serving member of the society as an actor, writer, swimmer, sportsperson or anything else, you are identified through your work and achievements.

So you see, the factors that determine our identity are not under our control. But a lot of the crisis caused in our society revolves around one or some of these aspects of our identity. People do not accept each other’s religion or gender or profession or all of these, and discriminate them from normal lives. Do you think it's necessary?

When people look into these little things to spread hate and violence, they forget the bigger picture. We are all Humans in the end. Scientifically, we are known as Homo Sapiens.

Credits: Lovely
Let me know what you think.
Write to me at papris705@thesocialschool.in for more information, opinion or queries.

The population explosion that happened in India between the 1950s and the 1990s brought with it several challenges. One of them is the increasing production of domestic, industrial, and hospital sewage. This sewage, unless treated properly before disposal, can lead to severe pollution of the water bodies with serious implications on the human lives that depend on those water bodies. Let’s take a look at why untreated sewage is so dangerous and how it can be treated to make it less polluting to the water bodies.


You see, the aerobic microbes(microbes that require oxygen to function) aren’t altruistic. They break the waste materials down into simpler molecules because they can absorb some of them easily(that’s their food). But in this process, they use up oxygen from the surroundings. Now, oxygen dissolves sparsely in water. Only about 8mg of oxygen dissolves in 1 litre of sea water from the atmospheric air. This is all the oxygen that aquatic life has to sustain itself. When waste water, rich with biodegradable materials, is released into the water bodies, the aerobic microbes use up much of the available dissolved oxygen to break down the waste materials. This literally suffocated the aquatic life in that water body leading to the death of fishes, plants, algae, etc.

Biological Oxygen Demand(BOD) is defined as the amount of oxygen required by aerobic microbes to break down organic material present in a given water sample in a specific time period. The higher, the BOD, the more polluting that part of the water body is. Sewage treatment is the process by which the sewage is treated to lower its BOD before it is released into the water bodies. I’m sure you can already understand how important sewage treatment is. In the next article, we will discuss the basics of biological sewage treatment and how it operates to bring down the BOD of the waste water that it operates on.

Book: The Oyster and The Butterfly

PIN IT! Did you know?
Throwback Thursday or TBT is a social-media trend when users, on Thursdays, post photographs or recollections of the past under the #throwbackthursday, #tbt, or #throwback hashtags. It originated in 2006 when a random blogger posted something about classic cartoons on his blog. Little did he know that it will become this famous.

US firm begins the first human trial of its potential COVID-19 antibody treatment
US pharma company Eli Lilly and Company started the first human trial of its potential antibody therapy to treat coronavirus. In the first phase of the trial, it will be tested whether the therapy is safe and well-tolerated, with results of the trial expected in late June. Patients in the Phase 1 trial were dosed with the company's LY-CoV555 antibody treatment. 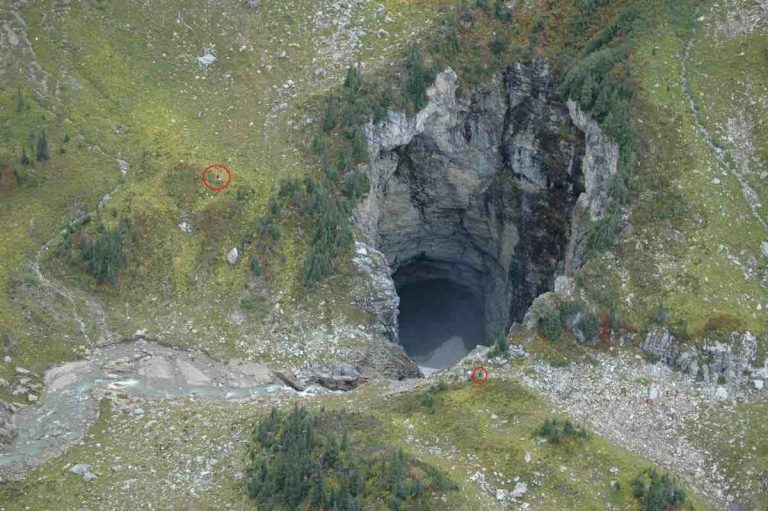 The Newly-Discovered Canadian Cave Big Enough to Fit the Statue of Liberty: What They’ ve Found After 2 Years Study. Since its discovery in 2018, scientists have had very little opportunities to study the cave—which they nicknamed the Sarlacc Pit after the iconic monster in Star Wars: Return of the Jedi—due to the small window of time it can be safely explored.


The tragedy of the sinking Titanic was made into a lot of documentaries and films. But the first movie ever made on this topic was ‘Saved from the Titanic’. It was made after one month of the actual disaster. It was a silent film.

About the Author:
Anureet Kaur

Hello Reader,
Today is going to be a very light topic. I guess you know the topic; it’s quite obvious from the title. Isn’t it? I would like to start with a simple question. Do you know all your neighbours or even just their names?

Thinking, right? I know you obviously have to think as we all almost stay stuck to that 6 inches screen and do not have time for each other do we? Well sometimes you may think that how people managed their lives back then with a lot more work than today and with very less facilities. But hey, they also had 24 hours just like us. The only thing they did not have was any electric gadget which eats away our time under our nose and we never know where in the world our time goes.
So, I am not going to bother you with a lengthy and monotonous lecture.
Just something crisp for you. First lock away all your gadgets for some time. Now take a deep breath and step out and look at the world around you. Go talk to your neighbors. Gift them something if you have a sour relationship with them. And trust me, they will be happy to look after your house if you are not there and help you whenever you need them. After all no man is an island, right?
I know, this world can be a nasty place, but if you do not socialize and take some time out for your neighbors, friends, relatives and other people, you may not have anyone as your back and then you may be lonely. Don’t forget that in difficult times you always need a shoulder to lean on and definitely not your phone. Actually you know what, we have got only one human life. And no matter what lame reason you may pull, but human life is the most gifted one. One life – live it, love it !